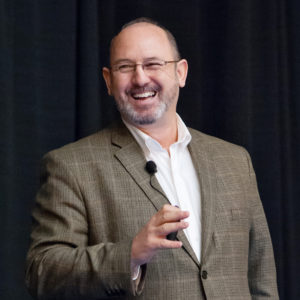 I lived this! I literally lived this cultural division.

My father is Puerto Rican and my mother was an orphan from the hills of Kentucky. I love both the United States and Puerto Rico. I was raised in a bi-cultural, bilingual world where cultural conflicts were both frequent and sometimes fearful.

I watched the video below, and it reminded me of so many times that I saw this type of conflict growing up. It was like watching a life-long re-run. I understand it fully and very personally. This specific dynamic is my whole motivation to dedicate my life to help bring people together who come from such different cultures.

It seems as if much of society today is more focused on retaliation than on reconciliation. There are better ways, and there are more important lessons here to consider beyond the typical reactive responses of the man being “racist, ignorant, hateful, stupid” or whatever other terms one might wish to ascribe to him, or for that matter, anyone else that says or does things we consider uncultured or uninformed.

Without a doubt, the man’s behavior is completely unacceptable and was both frightening and threatening to the Puerto Rican lady, Ms. Mia Irizarry. She handled herself with great calm and dignity in the face of his tirade.

Somehow, somewhere, his attitudes towards Puerto Ricans (and I suspect other cultures) were handed down to him, or he was deeply hurt, and this is the outcome. I don’t know his story but would love to know it to learn from it. Actually, I do know his story as I was surrounded by some people just like him. It appears that the man was drinking alcohol which merely loosens the tongue to say the things inside us that perhaps when sober we wouldn’t. Anger, by the way, does the same thing.

The role of a cultural leader is to cuddle people in, not to call them out.

If all we do is demonize the man we miss the whole opportunity here. There are many lessons to be learned. Our society, at least for the time being, has chosen to demonize and destroy people who fail culturally.

No one knows this man as he is out of the public spotlight. Others, however, are not so fortunate. We can quickly think of recent examples of people like John Schnatter who recently resigned as Chairman of Papa John’s Pizza due to using the “N” word in a meeting.

Although many debate whether or not he was being racist within the context of his comments, few would debate his lack of wisdom to even use the word in today’s society in any setting. Holly Hylton, the Starbuck’s manager in Philadelphia who called the police to remove two black men from their store, lost her job and also became famous for doing so. Paula Dean has never returned to her heights of glory, and the list goes on and on.

Are these people redeemable in today’s society? Is it possible for those who have gravely offended the national social consciousness to be restored to their previous luster in life? This is for me, a much deeper and probing question. Is making a cultural mistake in today’s society a virtual death knell for the offender? Should it be?

I am entirely convinced that every human being is a product of their culture. All things being equal, if you were born and raised in Iran, where 99.4 percent of all people are Muslims, you would also be Muslim and follow Islamic teaching. Also, since 90 to 95 percent of Iranians are Shi’a, not Sunni, you would most likely be Shi’a. Oh, and most likely, you would have a very contrary viewpoint of the United States of America. Simply put, culture drives human experience.

So, back to the question. If someone was raised in a particular culture (or subculture) within the United States and for some reason (perhaps unknown even to them) they say or do something that offends another cultural group, should they be virtually eliminated from society at large or should there be a path to recovery? I suggest that our present scorched earth approach is dangerous for all of us since all of us could potentially make a cultural mistake. Many leaders today are highly cautious; fearful of saying or doing something that could offend someone else and cost them their job, reputation, or perhaps even severely damage the organizational brand.

Could Timothy Trybus, the 62-year-old Chicago man, who harassed the Puerto Rican woman, somehow positively connect with her? I honestly think so, but it would take an entirely different approach to cultural matters than we are presently applying.

Mr. Trybus has a story. Most likely he was hurt or threatened by people of another culture, or at the very least, had this fear handed down to him by his parents or culture. Here’s why I think fear drove his actions. Read what he said to Ms. Irizarry; “You are not going to change us, you know that, right?” He was being xenophobic which means the fear of foreigners and the change they bring with them. Let’s be honest here, for whatever reason(s); his fear was real. We don’t know his backstory but no doubt there is one.

Xenophobia is the fear of foreigners and the change that they bring with them.

A few years ago, I was scheduled to speak at an association conference in Dallas, Texas. The executive director of the association pulled me aside a few minutes before my speech and pointed to a guy in the audience. “Ricardo,” he said, “do you see that gentleman over there?” I nodded. He told me that this man was not happy that I was going to be presenting, since he was “a good ol’ Southern boy set in his ways who doesn’t really care much for Latinos.” He warned me that I should be prepared for a challenge. I understand that everyone arrives at their point of view through their own cultural framework, so I assured the director that everything would be fine.

During my speech, sure enough, the gentleman did challenge me, more than a few times, and I was able to answer his questions in a respectful and honest manner. After the speech, I went up to him and thanked him for his interest (even though most people would have been tempted to call it his bigotry or prejudice), and we each went our own way.

Two years later, I was about to give a speech to a group of business people in Phoenix. As I was being introduced, a gentleman in the audience stood up and blurted out that he wanted to say something before I spoke. I looked more closely, and there was the same guy from the Dallas conference. I hadn’t seen him in two years, and here he was again, unsettling the order! So I’m thinking, Uh oh, this guy’s coming after me for sure.

As God is my witness, when he was given the floor he started to cry. In his beautiful Southern drawl he said, “I just wanted to say to y’all to listen to him. I heard him talk a few years back and it changed my life. I learned to love them Latinos—those there are good people. My business is so much better and I’m a whole lot better man.” I was absolutely stunned. I could never have paid for an endorsement like that.

Unless we address the real fears that people have regarding new immigrants in their world, we will never solve these issues on a national level. Change is threatening to people; foreign change is even more threatening. This is reality, and we must be willing to have these discussions openly and honestly with one another. For this to happen, we must first stop demonizing one another and begin to educate ourselves about one another. We must then engage together in meaningful ways that lead us to true empathy in which we are passionate about the good in each other. This will then lead us to become excited about our relationships, and we’ll naturally want to empower them until we reach cultural endearment. There is a specific process to get to cultural endearment which I outline it in my book, The 6 Stages of Cultural Mastery.

Is your goal reconciliation or retaliation?

May I ask you a question? When someone does or says something that you don’t agree with culturally, will you set a goal of reconciliation, not retaliation? Will you work to be part of the solution to get us to mutual endearment, rather than continuing to pile on with more harmful and divisive words, no matter how angry you might be? Will you commit to cuddling people in, rather than calling them out?

Get Free Access to our How to Engage in Culturally Complex Conversations Core Principles Course.